Join us for an acting workshop with Allie Grant

Allie is known for her roles on Showtimes "WEEDS," "The Goldberg's," "Suite Life of Zach and Cody" and "That's So Raven" DISNEY. She is a great friend of Wing's Talent Management and an amazing coach. 💕

Allie began auditioning and soon found herself on a Showtime pilot called “Weeds” as a guest star, little did she know she would later become a series regular. In the five seasons she spent on the show, the series was nominated for five Emmy Awards and three Golden Globes, all including Best Comedy. Allie and the cast were also nominated for the distinguished Best Cast Ensemble at the Screen Actor’s Guild Awards in both 2007 and 2009. 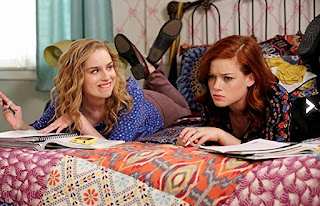 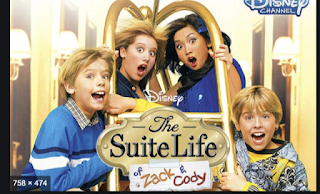 In 2011, her ABC series “Suburgatory” debuted to enthusiastic viewers and critics alike, making it the highest rated series in six years for the network’s time slot. Created by Emily Kapnek, (producer and writer of “Parks and Recreation”) the show is a satirical exploration of the suburbs through the eyes of Manhattan natives Tessa and George (Jane Levy and Jeremy Sisto), a disillusioned teenage girl and her single father. As Tessa sinks deeper into the obscure little neighborhood, she meets Lisa Shay (Grant), her “explosively soft” neighbor. As they develop their friendship, they realize you don’t have to be an outsider to feel displaced. The show also stars Cheryl Hines with “Saturday Night Live” alums Chris Parnell and Ana Gasteyer as Grant’s parents. The series became  a staple in TV's Wednesday night line up, becoming both a fan favorite and critic's pick, and ended its run in 2014.
From New York’s Tribeca Film Festival to France’s Festival de Cannes, Grant’s “Struck by Lightning” (written by and starring Chris Colfer, alongside Alison Janney, Christina Hendricks, and Dermot Mulroney) caused quite the stir amongst distributors, and reunited Allie with her first director, Brian Dannelly. The movie was released in January of  2013 and was soon met with a cult following.
In 2015, Allie played a starring role in what is considered "one of the most shocking moments in television" that year, as fans said goodbye to their beloved Dr. McDreamy (Patrick Dempsey) in "Grey's Anatomy." 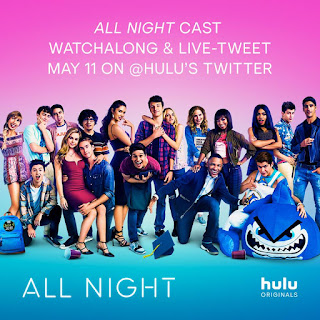 Later that year, she began guest starring on "The Goldbergs" as the fierce and overtly loving Evy Silver, who bares a striking resemblance both physically and in essence to Mrs. Goldberg (Wendi Mclendon-Covey), and becomes quickly entangled in the series' celebrated love triangle between Geoff Schwartz (Sam Lerner) and Erica Goldberg (Hayley Orranatia)


Allie’s work also expands into the theater, her first love, including the Los Angeles run of  “How I Learned to Drive”, and the production of her original piece “Who Sings to the Sparrow,” inspired by the Elie Wiesel memoir “Night”, which she also directed and starred. She has been cast in the Broadway revival of the William Inge play “Bus Stop”, currently in development. 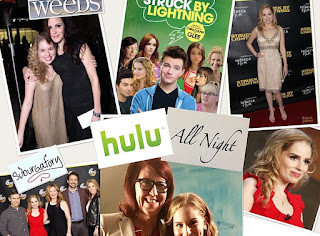 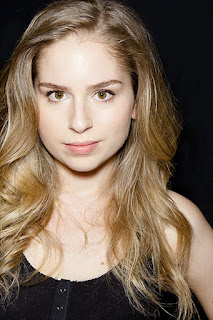 Now twenty-four and living in New York City, Allie has just completed filming the new Hulu series “All Night.” The anthology series examines a group of high school seniors throughout the course of one night; as they navigate their way through their grad night celebration party, we witness their emotional personal journeys of  discoveries and transformation. Starring alongside Kate Flannery. 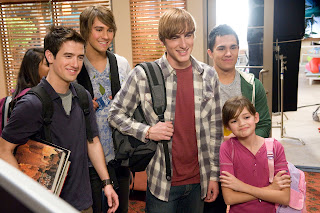 Wings Model Management
We are a Cincinnati Model and Talent Management Company. Wings was established in 1998 and as Industry Professionals, we are very aware of what it takes to become a success in this business. We work on the daily basis with Local, National and International Agencies, Models and Clients. We work with new talent developing them for the Local, National and International Markets. This is a very Competitive Industry and starting out on the right foot is vital for your success. Wings will help you get what you need to compete in the Local and National Markets. We have contacts, and experience to help you become a success in the modeling and talent industry. As well as working with models, we work with Actors, Singers and Dancers. Our mission is to find talented and ambitious people wanting to take their talent to the next level. We do not encourage false hopes. Our goal is to supply our Models with the necessary knowledge to become a success.